Once a year, the whole of India comes alive with festivities. Everywhere you look, there is a riot of colours and everybody joins them with utmost enthusiasm. This is the festival of Holi, one of the major festivals of India and an extremely sacred event. Its rapidly growing popularity can be gauged from the fact that it is fast becoming a global event, celebrated by billions of people all over the world. Why is it celebrated? How is it celebrated? What is its religious significance? You will get the answers to these questions below. Keep reading.

What is Holi all about?

The cultural festival of Holi signifies the victory of good over evil. The festival is celebrated during the end of winter and the arrival of a new season. People also give thanks for a successful harvest. It is believed that during this time, any and all misunderstandings are put away and people come together to make the most of the occasion. All negative emotions are put aside and positivity fills the air, accompanied by vigorous celebrations.

History and religious significance of Holi


The origins of Holi, or when it was first celebrated, is largely unknown. However, what is known is that Holi was first mentioned in ancient Sanskrit texts and poems as early as the 4th century. The word Holi has been derived from “Holika”, who is believed to be a female demon in Hindu mythology.

There is a popular legend associated with Holi which is quite fascinating. According to Hindu mythology, Holika was the sister of King Hiranyakashyap, whose arrogance and cruelty knew no bounds. It was his wish that everyone in his kingdom worship no other God but him. However, opposition came to him in the form of his son, Prahlada, who remained steadfastly devoted to Lord Vishnu. This naturally enraged his father, who decided to kill his son for this treachery.

It was after this that Lord Vishnu appeared and killed Hiranyakashyap to establish victory over evil. On the next day, people assembled around the fire and smeared their faces with ash. The tradition of smearing the face with ash has evolved into the use of coloured powder.

Association of Lord Krishna with Holi

Lord Krishna shares an interesting and rather, playful, association with Holi. It is believed that Lord Krishna got his blue skin from the she-demon Putana who poisoned him with her breast milk. Lord Krishna, worried that the girls would not like the colour of his skin, approached his mother who then advised him to colour the face of Radha so that they would be no difference between them then. Their relationship is honoured by applying coloured powder to the faces of friends, family and also strangers.

How do the people celebrate Holi in India?

A major ritual associated with the festival of Holi is the setting of large bonfires where Holika effigies are burnt. Prayers are offered with the hope that evil is destroyed in the fire just as Holika was. It is on the following day that the people and streets are drenched in colour, and everybody enthusiastically participates in smearing coloured powder on one another. The smearing of colours becomes even more entertaining with water guns, sprinklers and water-filled balloons. Holi celebrations cut across towns, cities and villages.

After people have indulged in the play of colours to their hearts’ content, families and friends assemble to treat themselves to various delicacies such as thandai (Indian cold drink prepared with a mixture of fennel seeds, watermelon kernels, rose petals and other ingredients), gujiya (sweet deep-fried dumpling prepared with refined flour containing a mixture dried fruits) and kachoris (a spicy snack made with lentil stuffing).

When is Holi celebrated across India?

Holi festival is celebrated across India over two days, while in some parts of India, it is celebrated over a period of two weeks. The celebrations start on a full-moon day of the month known as Phalguna (the twelfth month of the Hindu calendar). According to the Gregorian calendar, this is the period between late-February and mid-March.

Which places celebrate Holi in the most enthusiastic way?

Holi is celebrated with the utmost enthusiasm across the country. Given below are the top places in India where Holi celebrations are always special.

Mathura and Vrindavan – For a more traditional experience

Holi celebrations in Mathura, the birthplace of Lord Krishna, as well as Vrindavan, lay more emphasis on the traditional rituals of the festival. The celebrations for the festival begin a week in advance, with the throwing of flowers on each other. It’s called Phoolon Wali Holi. This is followed by a colourful procession in Mathura. On the main day of Holi however, everybody is smeared in colours. One of the many places to witness this spectacle is the Dwarkadheesh Temple. If you come to Mathura and Vrindavan to celebrate its wonderful Holi, don't forget to visit the city of Taj Mahal, Agra.

Barsana celebrates Holi in a way no other state does, and the rituals involved are unique to this place. The kind of Holi practiced here is known as Lathmar Holi. The first day of celebrations are marked by men visiting the village of Barsana from neighbouring villages to chase the local women. On the second day, the tides are turned and it’s now the women who express their displeasure by wielding lathis. This tradition has its roots in the antics of young Krishna who was kept away from Radha and their companions in a similar way. As violent as the entire tradition may seem, it is accompanied by joviality and good will.

Purulia is a rural district situated in the state of West Bengal, and here, Holi is celebrated in the traditional Bengali way. Holi takes the form of a folk festival held over a period of three days. The celebrations are marked by traditional music and dance performances, one of which is “chhau”, a tribal dance which is a mixture of martial arts and acrobatics. The celebrations are organised by the local community and is a great way of discovering the unique cultural traditions of Bengal.

Udaipur, located in the princely state of Rajasthan and also the historic capital of Rajput kingdom, boasts a rich heritage and fabulous architecture. It is also home to descendants of the Mewar family and during the occasion of Holi, the royal family hosts these celebrations marked by a splendid procession through the city streets. Besides this, a large city function is also held at the City Palace where royal musicians and dancers perform before the traditional sacred fire. On the following day, the streets of Udaipur come alive with festivities and colour.

Delhi – Party all the way

Delhi, the capital city of India, and a part of the Golden Triangle Tour, hosts several parties across the city on the occasion of Delhi. Several events are held to mark the festival of Holi, however, a special one which deserves mention is the famous Holi Moo Festival. Multiple stages host DJ’s along with international music performers. Expectedly enough, this event draws large crowds and is the talk of the town. Music and food stalls make ensure that the people have the greatest time of their lives.

Shantiniketan celebrates Holi in a unique way, following largely in the footsteps of its founder, the renowned poet and Nobel Laureate Rabindranath Tagore. It was Rabindranath Tagore’s idea to start a festival called Basanta Utsav, a spring festival during which everybody is dressed in yellow along with various kinds of colours. Attending the Basanta Utsav festival provides a glimpse of Bengal’s culture, which includes its dance and music.

Hampi – Holi with a touch of history

The ruins of Hampi, situated in the state of Karnataka in South India, a UNESCO World Heritage Site, are renowned for their amazing architectural beauty which reflects the glory of the Vijayanagara Empire. Here, just like anywhere else in the country, Holi is celebrated with a lot of zeal. During the occasion of Holi, the stalls of Hampi’s main bazaar sell mounds of multi-coloured powder. Then, when the time comes, locals as well as travellers head out to the ruins of the once mighty Vijaynagara Empire to smear each other with colours and make Holi a memorable occasion.

Varanasi – The spiritual side of Holi

Varanasi is one of the holiest destinations in India, and Holi is celebrated amidst a deeply spiritual environment. During Holi, the famous ghats of Varanasi, which are famous for hosting the “aarti”, are overrun with colours. The celebrations are carried on all the way to River Ganges. One day before playing with colours, Holika Dahan (burning) is carried out with much enthusiasm. In Varanasi, people also throw “uptan” (gram flour paste) into the bonfire as it is believed to keep them free from diseases. Celebrating Holi on the Ganga ghats is an extremely enjoyable affair. 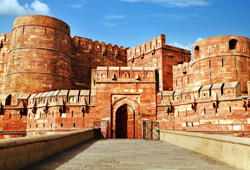 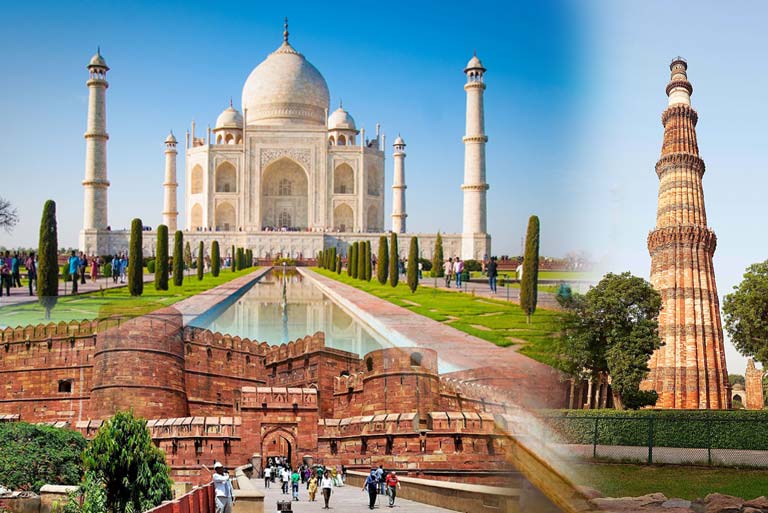 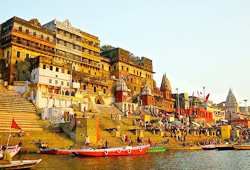 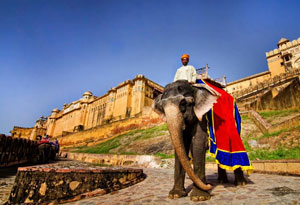 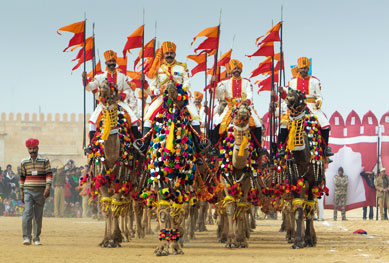 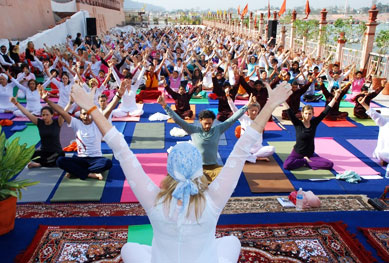 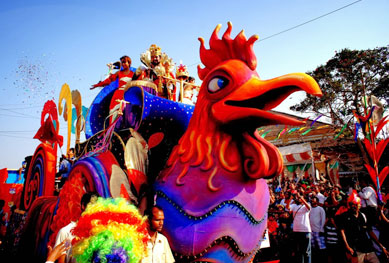