India’s festivals which celebrate her culture and rich traditions 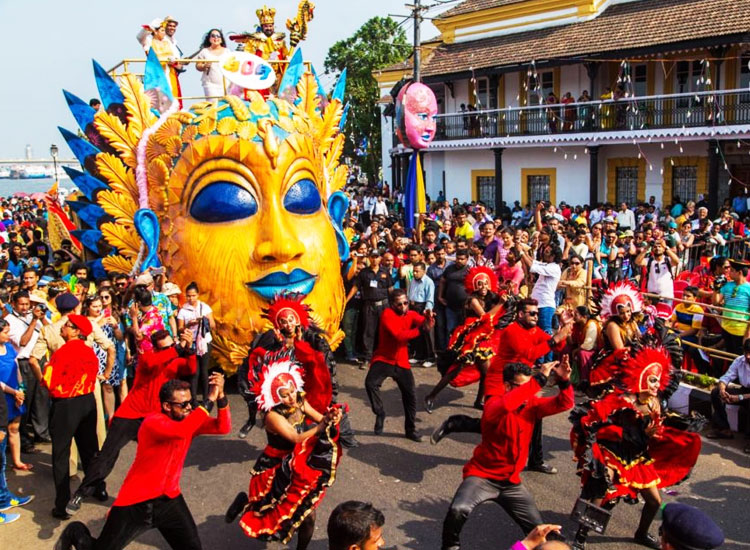 Just like anywhere else in the world, India’s festivals are an expression of her culture and traditions. Anyone who has been to India will agree that it is a land of festivals. Several festivals are held throughout the year in some part of the other, perhaps marking the continuance of a long-held tradition or celebrating the arrival of a particular season. However, there is a vibrant spirit which runs like an unbroken thread through all these festivals, that of love, enthusiasm and a celebration of life in all its aspects. In this blog, we bring you India’s festivals which celebrate her culture and traditions. 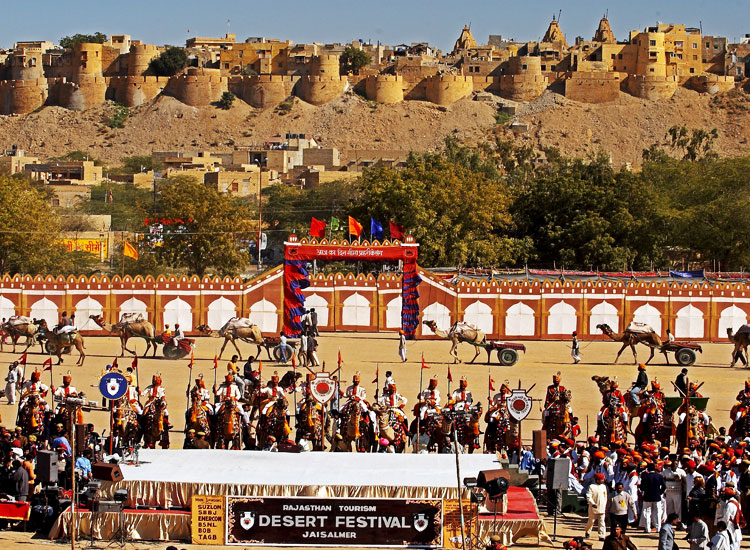 All of Thar Desert springs back to life with the arrival of the Desert Festival in Jaisalmer. It’s considered to be one of the most exotic festivals in Rajasthan. Held over a period of 3 days, it is marked by a variety of exciting activities, from traditional handicraft and folk dances, the famous Kalbelia dance, fire dancers and camel races.

Some of the other attractions include puppeteers, snake charmers and acrobats. On the final evening of the festival, a splendid musical performance is held under the open sky decorated with glittering stars. This festival is all about the colorful and exotic side of Rajasthan. Celebrate this festival with well- customized package. 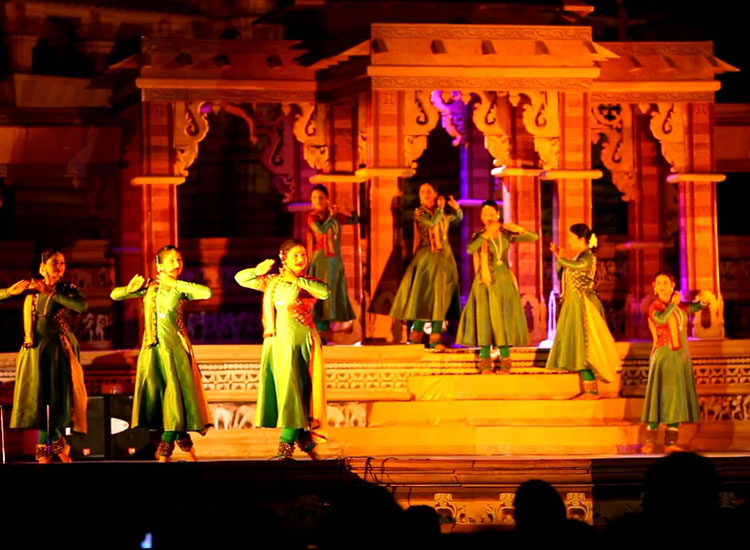 The performances cast a spell on the audiences with the backdrop of the setting sun and accompanied by soft lights, sounds of anklets and musical instruments. Various kinds of dance forms are performed at the festival like Kathakali, Odissi, Bharatnatyam, Kathak, Manipuri and Mohiniyattam. 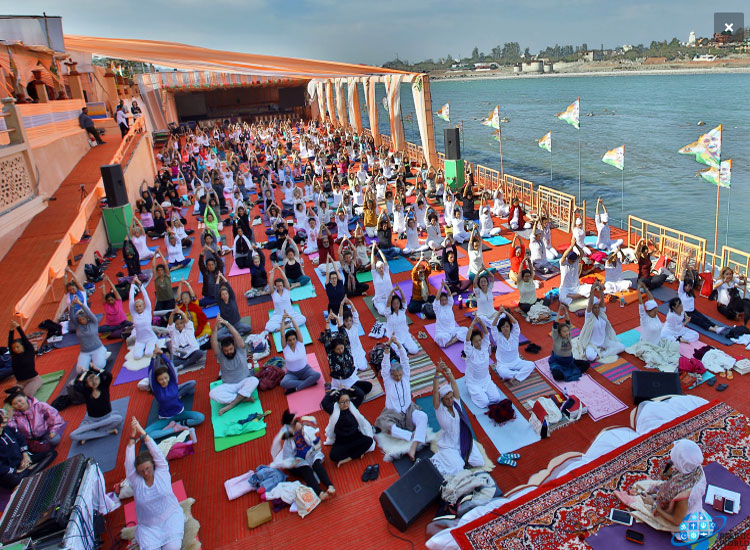 The International Yoga Festival is a celebration of everything that Yoga stands for. Yoga, which has its origins in India, is now practiced throughout the world. The festival itself is held in Rishikesh, famously known as the birthplace of Yoga and also the Yoga capital of the world. With each passing year, the International Yoga Festival grows in size, bringing into its fold more countries with each passing year. Yogis, Yoga gurus and other share their knowledge and shed valuable insight into the various aspects of Yoga.

The Yoga festival, which is held over a course of 7 days, provides you the opportunity of getting introduced to every major style of Yoga from spiritual masters, master yoga teachers and wellness specialists from around the globe. To attend this festival, you have to make your way to Parmarth Niketan Ashram, the largest ashram in Rishikesh and one of the largest interfaith Yoga institutions in India.

Goa Carnival is one of the festivals of India whose main message is merrymaking, celebrating and enjoying life in general. It is the most famous festival of Goa and has been celebrated here since the 18th century. The festival is marked by huge parades through the cities accompanied by floats, bands, dances and balls.

During the course of the festival, which is held over a course of 3 days, Goans forget everything else and engage in unlimited singing, dancing and partying. The festival is unique in the sense that it is not celebrated anywhere else in the country. A particular attraction of the festival is the arrival of “King MOMO” and his procession to the capital city of Panaji on the eve of the carnival. The best floats are also awarded prizes. Goa Carnival is also celebrated in the rural parts of the state and is called “Intruz”.

[ Attend  this festival with these customized packages ]

No list of festivals of India is complete without mentioning Holi, the most colorful festival of India. It is typically celebrated at the end of February or beginning of March. The festival of Holi is marked by the smearing of colors and splashing of colored water on each other. However, it should be remembered that Holi is celebrated in different ways in several parts of India. On the eve of Holi, huge holikas are made by the people who then proceed to sing and dance around it. It essentially signifies the victory of good (Prahlad) over evil (Holika). It also marks the arrival of spring. During this occasion, people also consume thandai (an Indian cold drink containing a mixture of almonds, watermelon kernels, fennel seeds, saffron, milk and sugar, among others). 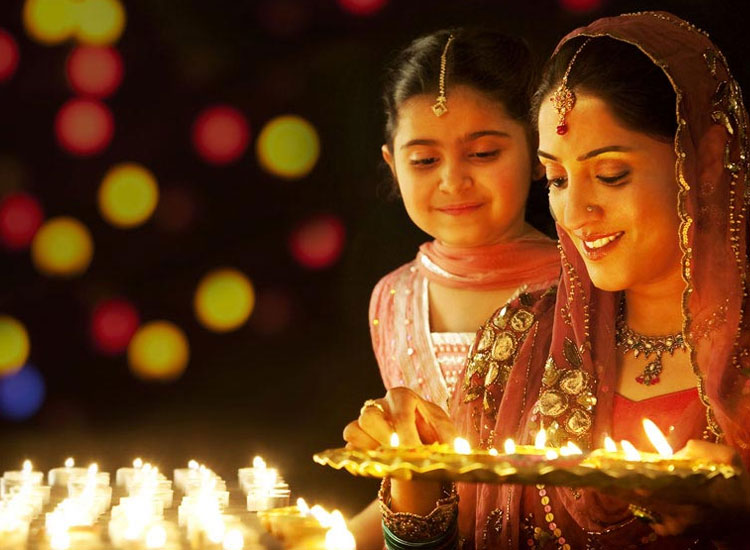 Diwali is also popularly known as the Festival of Lights, and is counted among the major festivals of India. It is celebrated with a vigorous enthusiasm throughout the country. The name Diwali is derived from the Sanskrit word “Deepavali”, which means “row of lamps”. It’s believed that on this day, Lord Rama, along with his wife, Sita and his brother Lakshman, returned to their kingdom after an exile of 14 years.

On this day, small clay lamps, known as “diyas”, are filled with oil and placed on the porches of people’s homes, verandahs, and inside too. Firecrackers are also an important part of the festival, and on this day, people burst firecrackers to express their happiness, joy and enthusiasm. Houses are also decorated with candles, clay lamps and Ashok leaves. On this day, people not only wear new clothes, but also participate in family puja and share sweets with friends, family and neighbors. 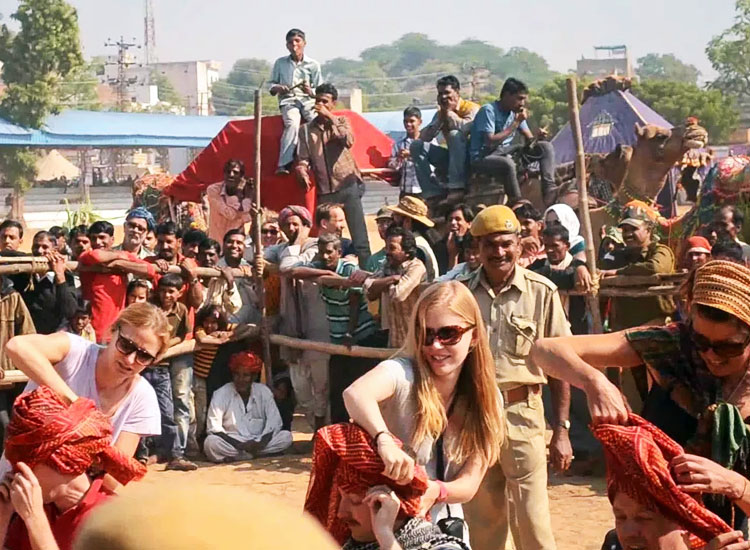 The Pushkar Camel Festival attracts tourists from all over the world, because this festival is simply a fascinating spectacle. The largest camel fair in the world, it is held in Pushkar in Rajasthan and holds immense cultural significance. According to the Hindu calendar, it is held on Kartik Shukla Ekadashi, or in the months from October to November every year.

The five-day event is held by the shores of the Pushkar Lake and is marked by several interesting activities. Some of the events which draw the largest audiences are the longest moustache competition, camel race and also a cricket match between the tourists and the local Pushkar club cricket team. 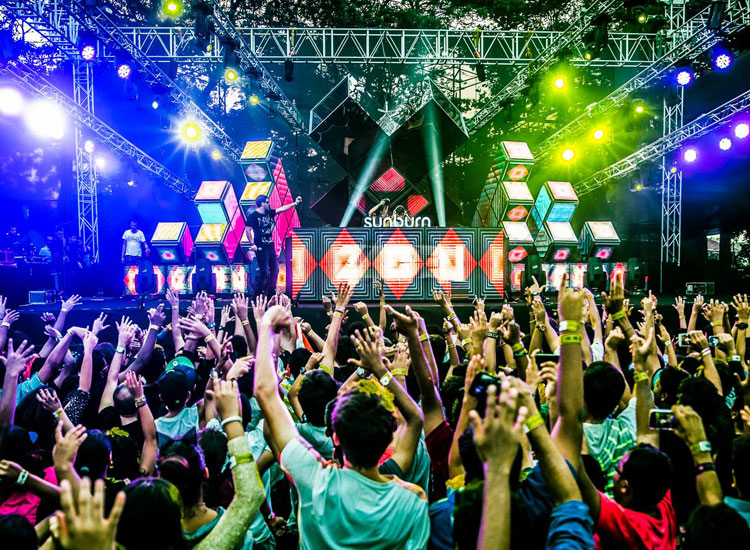 If you make a list of festivals of India which celebrate music, then Sunburn Festival in Pune should occupy the top position. The Sunburn Festival is India’s biggest Electronic and Dance Festival, and attracts more than 3,50,000 people along with hundreds of artists every year. The event witnesses some of the most electric performances by renowned artists all over the globe.

Top international celebrities, along with the participation of some of the biggest names in the business, ensures that the event is a big hit. Apart from the foot-tapping music, dance and all that, there are sumptuous snacks to gorge on. The incredible staging, amazing production and lightning promises to leave you charmed and wanting for more. 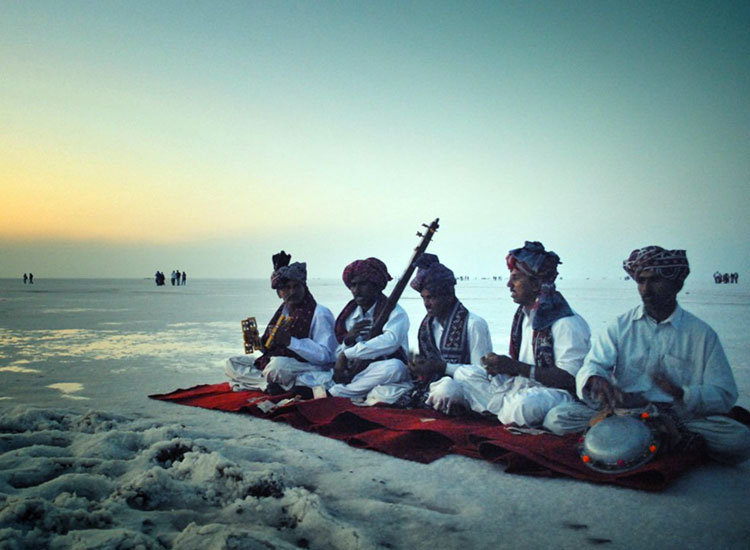 The Great Rann of Kutch is a natural spectacle, being one of the largest salt deserts in the world. The event, which is organized by the Tourism Department of Gujarat, is usually held in the winter season and draws a large number of tourists.

One of the cultural festivals of India, it is marked by great festivities. There are so many things to do during the course of the festival itself. There are several activities marking this festival including tenting, desert safaris, camel rides on the beach, hot balloon rides, shopping and enjoying the local authentic food. 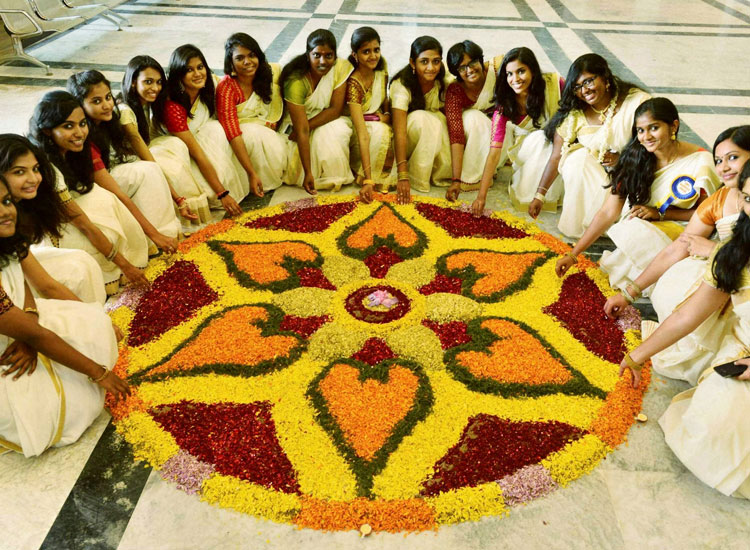 The biggest cultural event of Kerala is Onam, which is held to celebrate the “golden age of the mythical King Mahabali”. Held across a span of 10 days, it is marked by exciting folk performances like Kummatti Kali, game playing and elegant dances. This is when the men paint their bodies in such a way as to resemble tigers and adorn tiger masks as they perform the Pulikali, which is the tiger dance. Food is also an essential part of the festival, with Onasadya being the grandest feast of them all.

A particular crowd puller and the highlight of the festival is the Snake Boat Race or Vallamkali, held on the River Pampa. During the race, decorated boats, oared by hundreds of boatmen, compete for the first position while the crowds cheer them on enthusiastically. Onam is usually held in the month of Chingam of the Malayalam calendar, which is the equivalent of August or September.