Indian history is as vast and diverse as its landscape. If the bygone era interests you then holiday in India is just right for you. In this fascinating country, you can find sites from the time of Indus Valley Civilization, some mentioned in the Hindu epic Mahabharata, ancient Vedas, prosperous dynasties, warrior Rajputs, elegant-builders Mughals, and also India’s struggle for Independence. To walk through the imprints of the former days is nothing less than an enriching experience. From the pre-historic, ruins, ancient monuments, well-preserved relics to sites listed as an UNESCO World Heritage Site, India has it all.

From an extensive list, we bring to you India’s best historical destinations. 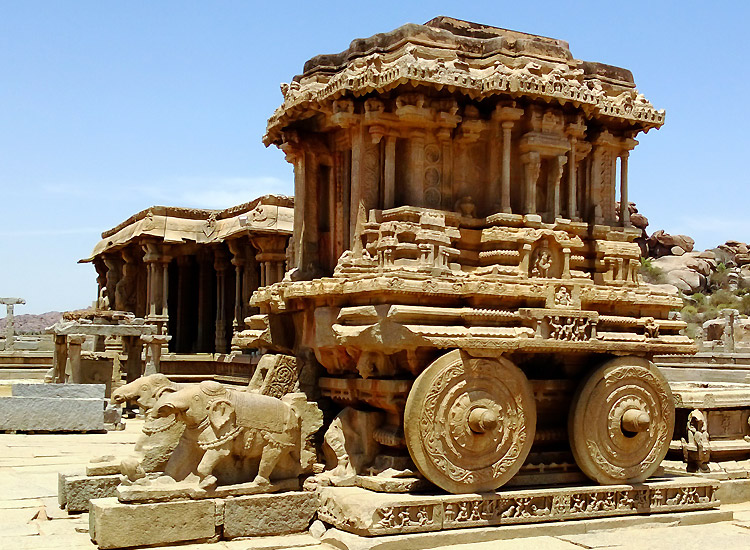 Hampi in Karnataka is a chapter of the glorious Vijayanagara Empire that thrived here in the 14th century. The fame of the city was such that traders and historians from the far ends of the world visited and recorded its magnificence. Though what is left today are ruins of a great Empire, Hampi still is grandiose, inspiring awe among all those who visit. One of the popular historical places in India, Hampi is listed among the UNESCO World Heritage sites in India.

Things to do in Hampi:

How to reach: Hospet, around 13km away is the nearest railway station to Hampi. Closest airport is Hubli, 144 km away. Consider Bengaluru Airport for international flight connections. 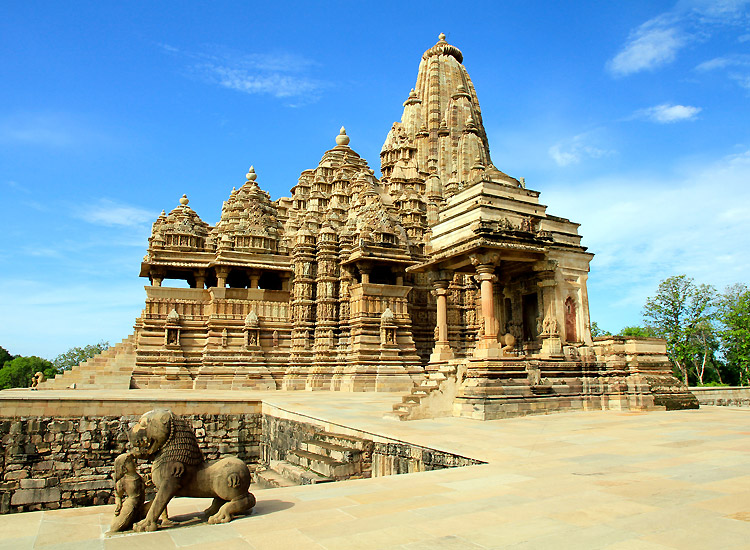 Things to do in Khajuraho:

How to reach: Jabalpur airport, 270 km away is the closest air connection while the nearest railway station is in Khajuraho. 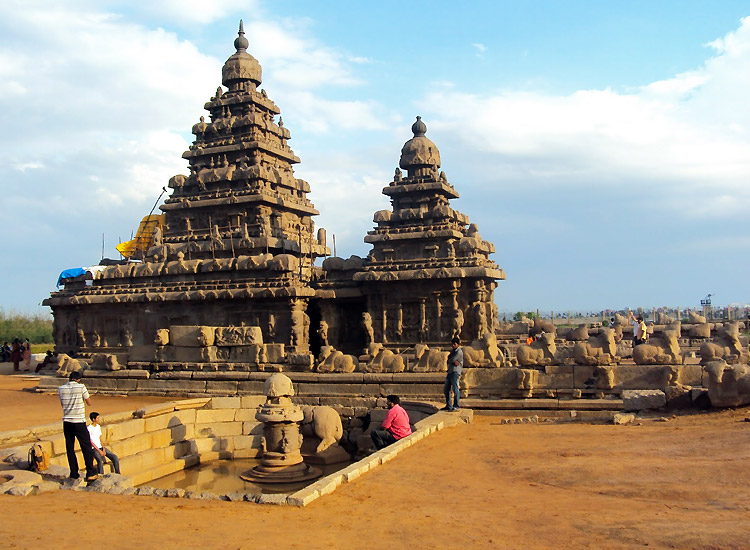 The legacy of the historic Pallavas, along the cerulean Bay of Bengal, Mahabalipuram is a treasure awaiting to be explored. Built between 7th to 10th centuries, the relics here are truly impressive. One of the key historic sites of Tamil Nadu, it is also named as a UNESCO World Heritage Site in India.

The Group of Monuments at Mahabalipuram are a wonder of artistic and sheer creativity. Check out the rock-cut temples, caves, sculptures and bas-reliefs that exhibits a strong Dravidian influence with some elements of Buddhism.

Things to do in Mahabalipuram:

How to reach: Closest airport and railway station are in Chennai, at a distance of 60 km.

[Read about 12 treasures unrevealing the history and heritage of Tamil Nadu.] 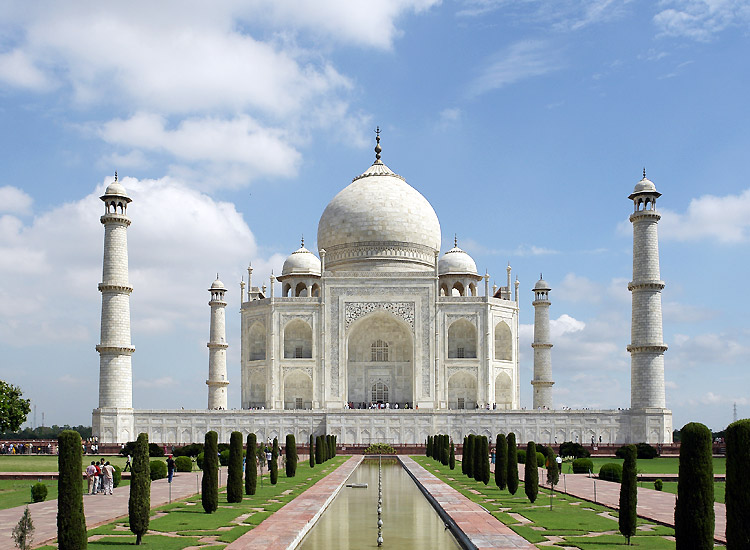 Coming on to the next historic destination in India; Agra deserves a mention. The Mughal capital for centuries, the city is home to the Mughal charm, an interesting mix of architecture and the breathtakingly beautiful Taj Mahal, the treasured historic monument of India. The times of the Mughals are not just fables as the city carefully preserves their heritage and ambiance. Home to three UNESCO World Heritage Sites, Agra is one of the most popular historic cities.

[Take a look at our customized Agra tour packages.]

Things to do in Agra:

How to reach: Agra has both rail and air connection. It is also quite close to Delhi, 250 km away. 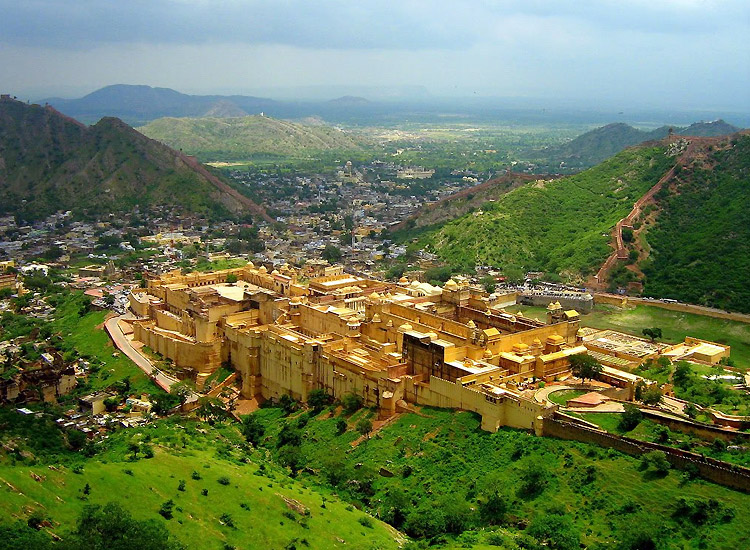 The Land of the Royal Rajputs, Rajasthan is one of the unmissable chapters of Indian history. The entire state has a number of cities, historic monuments, forts, palaces, temples, great legends, brave people and so much more. Nothing is a satisfying as a history lesson while exploring the places that glorifies the bygone era. From the capital city, Jaipur to the only hill station, Mount Abu, you can trace Indian heritage at all these places.

Things to do in Rajasthan:

How to reach: Jaipur & Jodhpur have airports, while railway stations are available in most of the cities.

[Read about things to do in Rajasthan.] 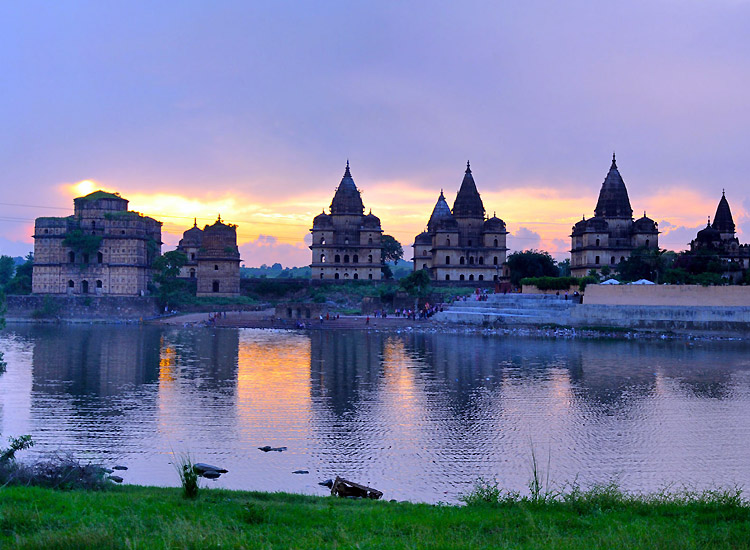 Drenched in the charm of olden days, next on our list of the most popular historical destinations is, Orchha. The former capital of the Bundela Rajput kings, established in 1501, lies on the banks of the Betwa River. Settled in the middle of the picturesque scenery lies some of the best historic monuments in India. The ruins, forts, palaces, temples, memorials, and stunning architecture take you back to the former time of royalty. At Orchha if you listen, even the stones have tales to tell!

Things to do in Orchha: 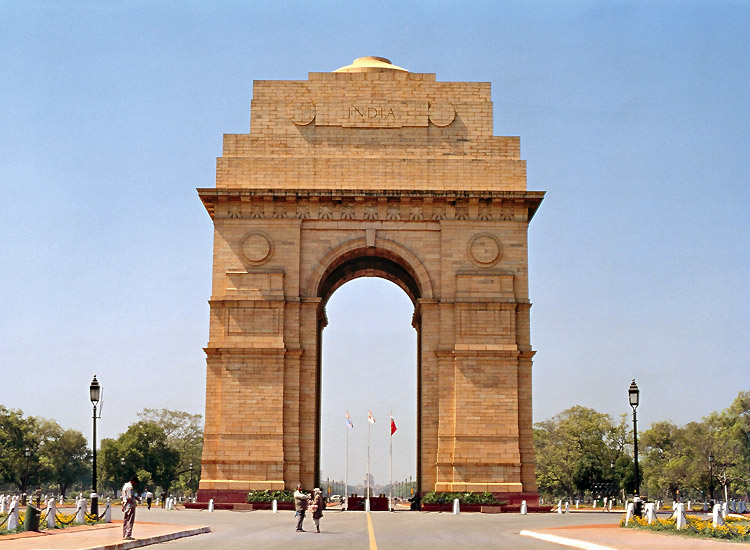 Delhi, the capital city of India is a city that has witnessed various eras and periods of history. Each era has given Delhi a number of interesting historic sights. To start with, the capital has some of the best historic monuments in India, some listed as UNESCO World Heritage Sites in India. From monuments dating to the 10th century to the recent pages of India’ struggle for Independence, Delhi is dotted with so many memoirs of the olden days. There are forts, palaces, garden tombs, memorials, temples, built in stunning Indo-Saracenic architecture, with fusion of both Mughal and Rajput style and elements making it one of the best places to visit in India.

Things to do in Delhi:

How to reach: Delhi has connection by both rail and air.

[Read about places to visit in Delhi: A mix of history and modernity] 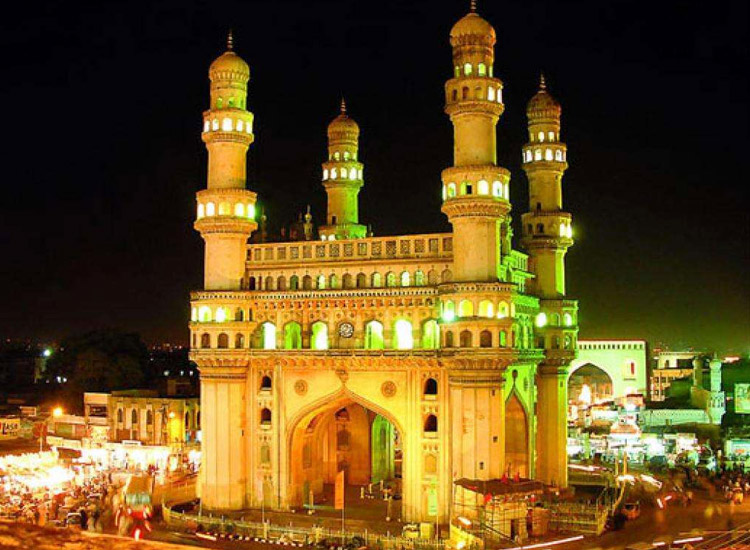 Hyderabad is a charming historic city of India known for the Nizams that once ruled the lands. The royal Nizams have massively contributed to the city with their wealthy palaces, forts, pearls and diamonds, delightful food and jewellery-making skills. The City of Nizams had continued their fiefdom till India’s Independence. Though modern times has caught up with the Princely state, it still retains its charm. Learn about the tales of the royals, the stuff of legends as the Nizam of Hyderabad was once named among the richest person in the world.

Things to do in Hyderabad:

How to reach: Hyderabad is easily accessible, as it has its own railway station and airport with both domestic and international connections. 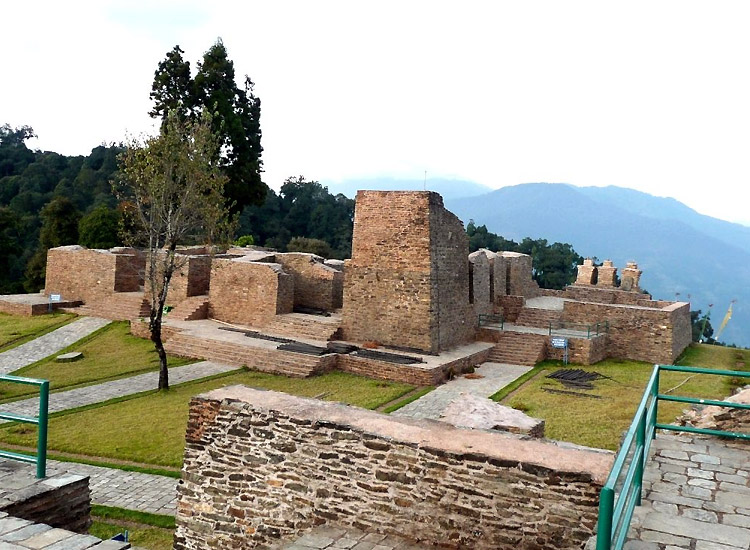 Rabdentse ruins in Sikkim is one of the historical destinations in India that very few people know about. The ruins of the Rabdentse Palace is one of the main attractions in Sikkim, maintained by the Archaeological Survey of India. Till the early 1814, Rabdentse was one of the prominent cities of Sikkim established by the Chogyal dynasty. Though time has ravaged the once glorious town and left behind it in ruins, the glory of the former days still shines through.

Things to do in Rabdentse:

[Check out some of the most beautiful places in North East India.] 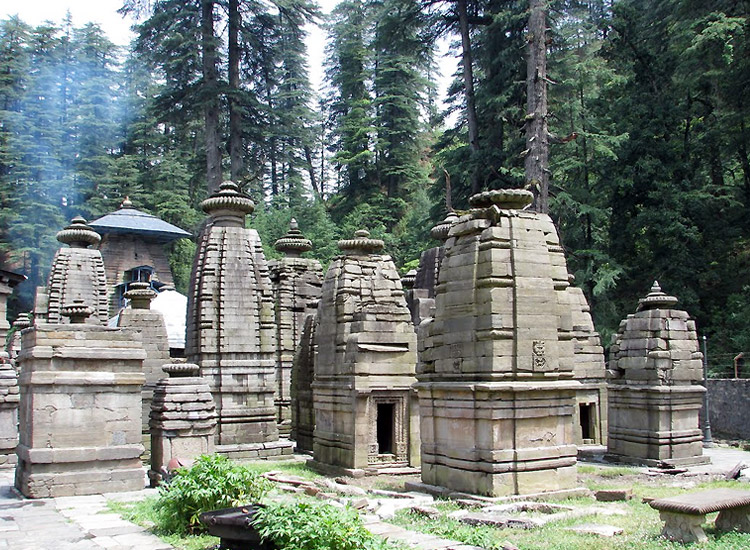 Settled in ‘Dev Bhoomi’ Uttarakhand, Jageshwar is a pictorial beauty at an altitude of 1870m, surrounded by lush Deodar forest. Dating to the period between 7th and the 12th century, Jageshwar has over 124 Hindu temples. Dedicated to various deities of the Hindu pantheon it’s built in Nagara style of architecture, protected by the Archaeological Survey of India. It is also one of the 12 Jyotirlingas of Lord Shiva.

Things to do in Jageshwar:

Best time to visit: April to June and September to November

How to reach: The closest town is Almora, which has frequent connectivity by road. Pant Nagar is the nearest airport while Kathgodam is the closest railway station. 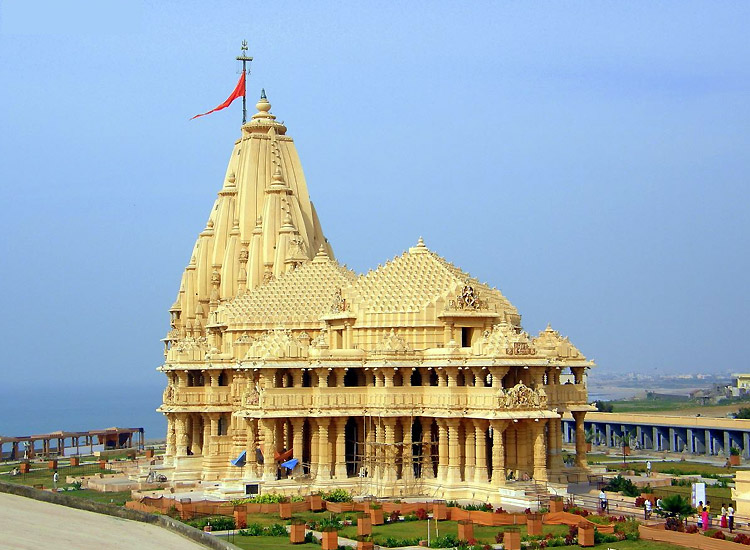 The westernmost borders of India, Gujarat is known as one of the famous historical destinations of the country. Archaeological monuments, ruins of pre-historic Indus Valley Civilization, well-preserved sites to the city of Ahmedabad named as an UNESCO World Heritage Site, Gujarat is one of the best places to witness history.

Things to do in Gujarat:

How to reach: Gujarat is well connected with rest of the world. International airports and domestic airports provide easy air connections, while railways connect it well to other places in India. 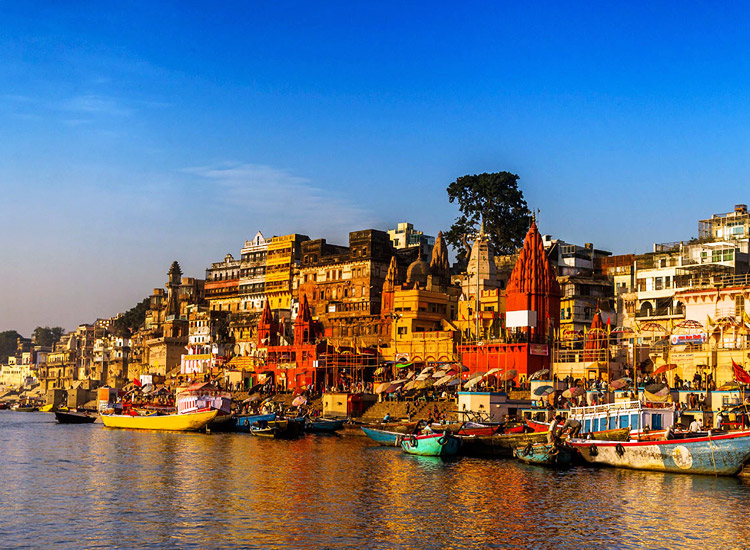 Varanasi, earlier known as Kashi, is one of the oldest and sacred cities in Hinduism. Appearing in the list of people planning cultural holidays in India, the destination teaches how to celebrate birth and death equally. History echoes here in every single element, be it from the mighty Ganges River to the ancient temples and monuments. It is believed that Lord Shiva found this city, therefore dates back to pre-Vedic times, almost 5000 years back and thus boasts of significance for pilgrims, history lovers and experience seekers.

Things to do in Varanasi: 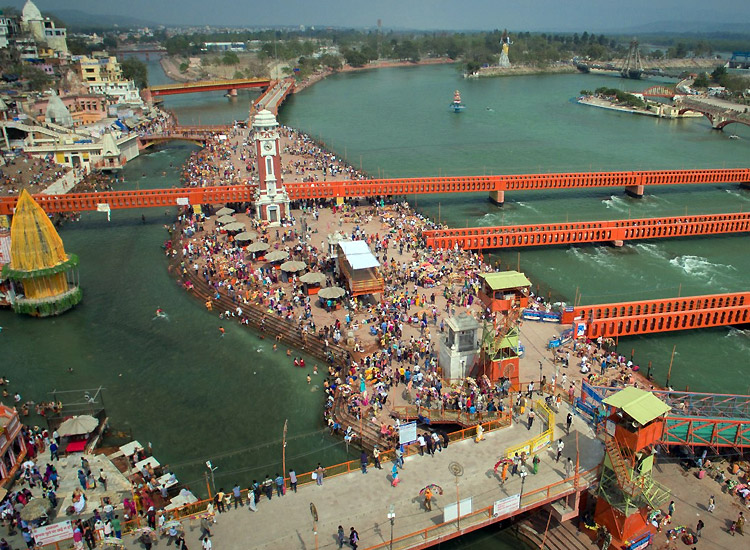 Haridwar the ‘gateway to Gods’ as per mythologies, is one of the holy city that dates back to the time when world was being created by Lord Brahma. Ruled by many rulers of different dynasties, the city is suffused with Hindu legends of the historic time. The ancient city remains flocked with devotees of Shiva and Vishnu, throughout the year; but during the Kumbh Mela, and the annual Chardham Yatra, it is an unparalleled spectacle.

Things to do in Haridwar:

How to reach: Haridwar Junction is the railway station here which is connected to various other cities. However, those who which to reach Haridwar by air can do so by reaching Jolly Grant Airport in Dehradun. 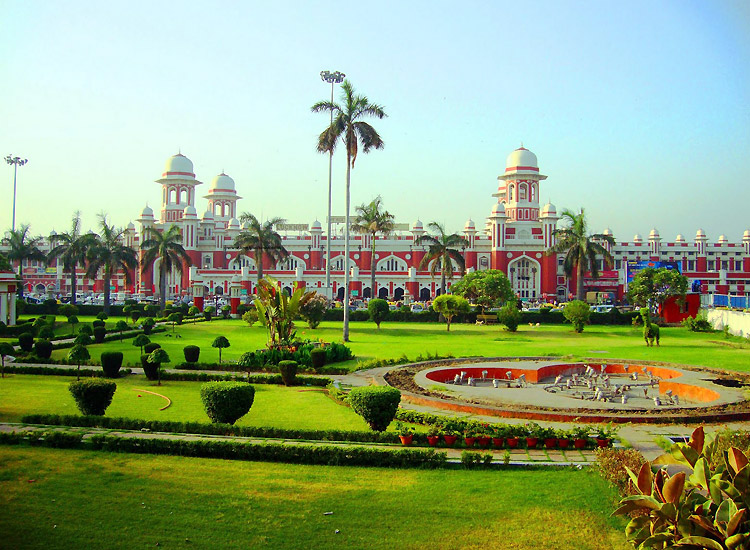 Infused with grandeur and traces of the Nawabs, Lucknow is one of the famous historical destinations in India. Known as the ‘City of Nawabs’, the town is renowned for clothes, food and the historical monuments in India. Influence of the Nawabs of Awadh who once rules the multicultural city is still alive in the form of the manners and hospitality of Lucknow. The reign of the city transferred from Awadh, Delhi Sultanate, Mughals to the Nawabs of Awadh, making Lucknow a historians delight.

Things to do in Lucknow:

[Take a look at the extensive list of our India tour packages.] 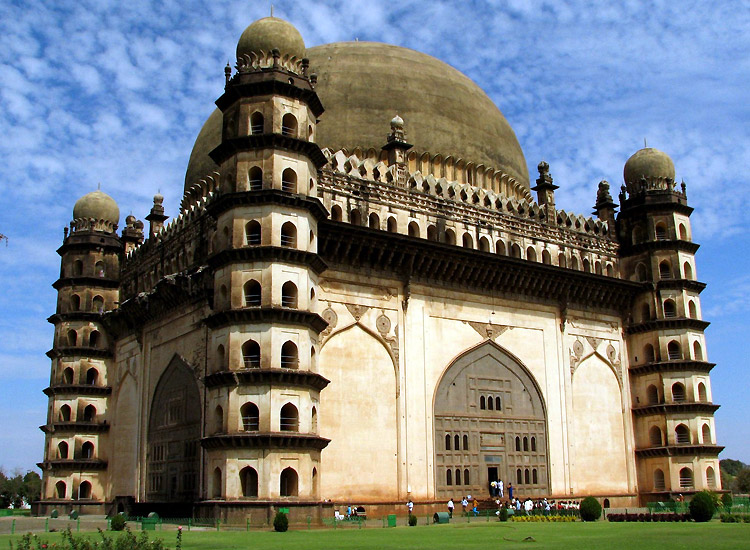 Established in 10th and 11th centuries by the Chalukyas, Bijapur was then named as Vijaypura, meaning the ‘City of victory’. Located in Karnataka, the once stronghold of Adil Shahi dynasty was one of the prominent cities in South India. It is famed for mosques, palaces, famous historical places in India and other structures. Numerous history buffs visit to marvel at its exceptional architectural wonders, once the pride of the Islamic rule in the Deccan Kingdom. Witness the superb craftsmanship of the workers of the bygone era.

Things to do in Bijapur:

How to reach: Belgaum Airport is the nearest airport to reach Bijapur by air. Bijapur Railway Station is the option for those who wish to travel by train.